A break last week as you know, the view then was wonderful, the hills of the Lake District in the distance the wet sands of the bay as the tide had gone out or was on the way out as some large runnels of water were still to be seen all in glorious sunshine. I sat out with the others who had got up early and we spent the time talking, then as the morning proceeded we devoured our rolls on sausage and tattie scone with brown sauce, a Scottish delicacy. After this having no inclination to do anything remotely involving effort we had a musical interlude and sang some uplifting songs accompanied by my wife on the ukulele and my nephew on the guitar, my nephew of course is younger and I am out of touch with music now that Top Of The Pops is no longer de rigueur but I asked him several times if he didn't know a happy or upbeat song we could enjoy. Gin and Tonics appeared about 10.30 but I manly held off until lunchtime, we were also buzzed by a pilotless drone which took pictures of our hedonistic antics. As I said before a great gathering of the Clan.

This morning the view of course is very different but sunny I can see as far away through the gap as I have ever done, Ingleborough is a dark mass and the horrid windmills are spinning away, so the wind is still with us. Washington House is still on the market and I have not noticed any interest so far, so dig into that nest egg if you want some history and a headache. I do notice that someone has been out chalking yellow lines on the pavement again, which of course is illegal and no one takes a blind bit of notice of them anyway, and as you can imagine with our weather they need renewing almost every other day but it affords a chuckle now and again.


It would seem that the offer of using the Post Office as a huge wargame/study is now about to be signed in blood and therefore made legal or at least given the prominence that it can be brought up in an argument and thrown back with the "but you said!" retort. We have now decided that unless we get a huge lottery win we are staying put here in Warton so we are now putting the house right and getting it how we want it and not how it was left. We have put in a new bathroom and laid two wooden floors but now we are putting in a wood burning stove and a new kitchen, I think only the latter is really required but what do I know. The fire and the attendant work involved along with some remedial work on damp will upset the downstairs for several weeks the kitchen ditto and both projects are eye-wateringly expensive but surely that's it then. 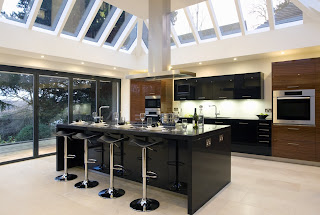 While we were looking at kitchen stuff the young lady asked for our details so that their rep. could come around and spoil our day with actual prices and said a curious thing "Mr and Mrs? I am not judging." Why would she feel the need to let me know she wasn't judging and judging what exactly, did she get a lot of eloper's or BLT's in wanting to put two fingers up to polite society or accepted values by putting in an overly expensive kitchen?

None of this work will be done tout de suite either, that no longer happens, so this work starts at the end of September and may not be all complete until around February. Unless you go to Ikea (Swedish for rubbish) no one will sell you something right there and then, "it has to come from our factory on Pluto see" or "we only build to your requirements" which of course translates as we do nothing until your cash is in our bank. I always wondered how much money I would have made if I had taken that attitude when I had the shop, so you want that Mars Bar, well let me make a call and see if I can get it here for next Tuesday between one and four as that one is only for show.

Why do people put YouTube tutorials up without speaking, if you are tech savvy enough to film your computer doing something and then upload it, put a bleeding voice over on it so I don't have to keep stopping the thing to find where the mouse arrow is! 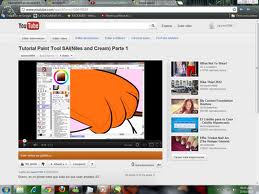 Along with many other big events I have never watched an Olympic Games, Wimbledon or Budget Report in my life and up until last night that list included the Proms, but I was at a loose end having wasted another couple of hours on a pointless movie (Fantastic Four) I flicked the switch and sat for thirty minutes or so and enjoyed the sheer enthusiasm and eccentricity of the audience along with of course the music as the show was coming to an end. What a wonderful in your face enjoyment of Britishness, that's not something you can stamp in a passport or have a council wallah grant you in a registrar's office, magnificent and no wonder there was tears at the end. 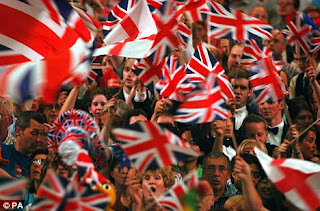 Posted by George Anderson at 10:15