The view this morning looks as fed up as I feel at the moment, nothing is stirring not even a bird in the sky and they are not giving it large with a chorus of joy either, not even that annoying pigeon which hoots most mornings. Wait, just to prove me wrong two Magpies, two pigeons and a crow have just turned up, it's going to be one of those days isn't it. Washington House has an interested buyer, a rich southerner who no doubt will sell his one bedroom flat in London for several million pounds and move here dripping with moolah for the good life, at least that is how some of the locals will look at it. Me, I just think he would be mad to buy the place for almost £400,000, although my wife would like it if we weren't cash challenged.

I have been dragged to three kitchen centres recently and things have definitely changed in that direction, hobs which don't burn you and are controlled by touch screens, boiling water on tap and ovens which lock themselves and burn off the dirt leaving a small pile of ash for you to sweep up, heavens they even come in orange and all of them look like they have been beamed here from the 22nd Century. The downside of course is that they have a 22nd Century price tag along with the looks, I have no specific idea of that side of things at the moment as two have still to send a rep and the other is busying himself trying to fit as much as possible into a small space.

I spent yesterday getting the living room ready for the coming of the wood stove in another week or so, which meant everything cleared out and a bit of wall paper stripping, I hate that, apart from painting and I am not mad keen on that either, I hate decorating or DIY come to think of it, in fact anything which takes me away from normal life and involves effort on my part. Unless of course it has to do with wargaming or grandchildren. Anyway, we got about a third of the room done in 4.5 hours as the guy must have put the stuff on with superglue but my left arm seized up on two occasions and I had to drop the steamer, my op may have stopped the numbness in my two fingers but it has left my left elbow 'dead' and the insides are just not right. My right arm has no idea what is going on and aches like hell, my missus has bad arthritis and stripping wallpaper is not exactly great for that either, so we have notified a handyman in the village who might complete the job for us. otherwise we will have to soldier on.

Now here is an interesting thing and one which I am still shaking my head over as it reveals how mad the world is and how madder it might be in the future. I renewed my car tax online the other day and decided also to renew my commitment to someone using the bits of my body that are still OK when I die as my old card may not be any use now. I therefore took the two minutes to register as an organ donor, one of the questions was my gender, and get this, there were five choices! You had the usual male and female, then transgender which begs the question if you were born a girl but are really a man then shouldn't you simply be male? or is your body actually female anyway? Now there was a fourth box which I cannot for the life of me remember what it was, and then the fifth, gender 'Unknown'. How on earth can you have gender unknown, I dread to think what the official explanation for that is. 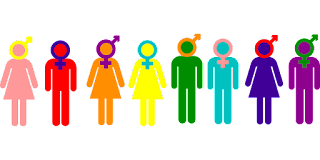 Were you like me unfazzed that Jack Straw and Malcolm Rifkind were found not guilty of breaking any laws by taking wads of cash to ask certain questions in parliament. I bet you stupidly thought that being caught on camera and hearing them in their own words tout their services and what they cost that that would be it and Nipper of the Yard would be entitled to a "You're nicked mate!" Not only that did you see the sanctimonious pair suddenly turn into victims as they bleated that their reputations had been slurred and they had lived through 'hell' waiting for the all clear. In the eyes of parliament no doubt they are innocent but for the rest of us they will remain 'guilty as charged m'lud'. 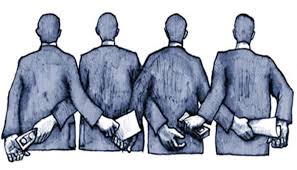 We sit on our backsides with the knowledge that we have a proper government unlike those in the third world and our politicians are not syphoning off industrial amounts of cash to build gin palaces in the Home Counties. But when you continually have politicians use the tired old excuse that they have not actually broken parliamentary rules it is time those rules were changed. Cleaning duck ponds, charging the taxpayer for your biscuits, taxi fares, wet wipes, second homes and a host of other lucrative wheezes is CORRUPT and your rules don't mean jack. What does it take to get one of this lot in jail, even when they are standing over the corpse with the bloody knife they get away with it.

What about the migrants I here you ask, you've been pretty quite on that front, unlike the BBC which is working itself into a froth. Well, I am with Hungary and Australia on this one, I have no beef with genuine asylum seekers whose lives are in danger, or immigrants who have a job waiting for them here, but as for the rest, no I would not let them in, a small part of the world like Europe with its own problems cannot simply take in hundreds of thousands of new people who arrive with merely a backpack. Have you noticed there are no 'illegal immigrants' mentioned any more, they are all now asylum seekers, even the vast numbers who do not come from Syria. 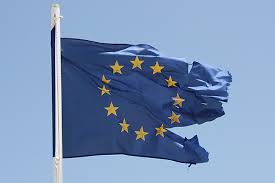 To me what this crises also proves is that there is no such thing as a European united front or entity, whenever there is a crises in the world all of us go our own way, so much for unity. And it would seem that our leaders in the EU are just as clueless when asked to make a decision as our home grown bunch.

Posted by George Anderson at 09:35