Most Bloggers seem to be doing a round up of their year so why be different.

Just before 2016 kicked off I jumped into Bolt Action and this continued to take up my spare painting time for the first part of the year and then off and on as I collected more vehicles and terrain. My first wargaming period was WWII and I enjoyed the simple rules from the book 'Battle' by Charles Grant, I then sold up and moved on to 25mm medievals for many, many years. I played the odd WWII game but was never really sold on the rules systems. I do remember one where you had to write down the kind of ammo in your tank gun and my interest was shattered in a game where my opponent had a Panther hull down on a hill and it killed every single allied vehicle on the table. I have enjoyed a few skirmish type games over the past couple of years and with the amount of beautiful figures and models etc. available I found Bolt Action to be fun and not too serious, hence the return to WWII.

I have settled in well at the local club now and join in many games which I wouldn't buy but am glad to have the opportunity to play, I also run the odd game myself, especially Dead Man's Hand and now and again War and Conquest. My friend Simon will play a game and Ryan is building an army for WAC so 2017 should be a good year for Ancients/Dark Ages, well, more games than I have had so far at the club. Bolt Action is also fairly popular so that is another win for me. The most memorable game at the club this year was the Muskets and Tomahawks 'Last of the Mohicans' scenario, it will be hard to beat, I can still see that poor drummer boy running about terrified.

I managed two War and Conquest gaming weekends and won as many games as I lost, so I was very happy there, the weekends have turned into an excellent all round affair meeting old friends, having a laugh, talking rules, army lists and tactics with like minded people as well as playing four guaranteed games with people who enjoy wargaming and bring beautiful armies to the field.

I got to Salute for the first time in my life, it won't be the last if I can help it. I enjoyed the show and most of the bad publicity I read about it turned out to be untrue. I got to a local show in Cumbria which I hope does well and continues, but apart from that I had no need to attend any. To be honest I can get almost everything online now and unless a show has a good smattering of actual wargames as opposed to a trade fair which I can take inspiration from, I won't be going to many next year either.

Unlike most wargamers when I start a project I usually finish it before moving on, maybe it comes from being ex-Navy, I am unsure, but I have a lead box not a mountain and only one project on the go just now (see below).

I could not make my mind up on a new Army for War and Conquest, I knew I was going to have to paint one but seesawed between Aventines Sassanids and Pyrrhic ranges as opponents for my Early Imperial Romans. In the end I went for neither and instead jumped for Western Patrician Roman, why, well the Footsore figures are nice and they have pretty shield patterns and they are Romans, case closed. Also I am having to have patience until Aventine bring out their Byzantines and after that 3rd Century Romans, looks like civil wars on the horizon. I was not going to start this army until January but I had the figures, bases, transfers etc. so one unit is finished and I am halfway through some skirmishers.

2016 bit into the legendary Anderson Map Fortune, as well as two armies for Bolt Action, I bought a lot of 28mm terrain, something which has not finished yet, several game mats, a fold up 6x4 table along with a my beautiful table tennis table, 9x5, and of course the first units of my new army. It also managed to subsidise a lot of the house refurbishment but that only comes into the conversation as justification when the missus says "not more soldiers".

The new year is starting well with a game weekend at my crib with some friends in February and then an away weekend in May, I do miss the War and Conquest game weekend in early May which is a damn shame as Legio XII Fulminata were looking forward to that. I hope to go to Crises in Antwerp with some mates and I will definitely make the WAC game weekend in November with the Patrician Romans. The Curtis brothers of Curtey's Miniatures and 1st Corps are hoping to organise a WAC weekend possibly in March oop here in the North, so I am hoping if it happens to go along to that, especially as I have had to let the lads down next week due to my grandaughter appearing here with chickenpox, no point taking the plague to a wargame day. Also on the WAC front I shall continue to cross swords with my son's Carolingians and two club members who are building armies for the new year. I would also like to get a Bolt Action campaign going with mate Simon at some point.

So there we have it, out with the old and in with the new. I shall be going dark probably until the festive season is over due to my visitors so all that remains is to wish you all a Merry Christmas and a Happy New Year and thanks for tuning in. 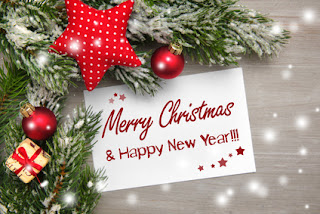 Posted by George Anderson at 10:29