I'm late this morning, I slept fairly well but refused to leave the warm comfort of my bed as it was cold, we could set the heating but we have a very temperamental boiler control and it is simply easier to get up, run along the corridor, switch it on and then dive back under the duvet for half an hour. It is damp and grey as usual, a dog walker has just went by and some of those mad sods on bikes with lycra skin and daft hats have swept through, they always seem to be bawling at each other, where do they get the energy to bawl and pedal?

I see there is the usual brouhaha about the winner of Strictly Come Dancing and shouts of fix, fix, fix. As my guy didn't win does that mean it was a fix, I am unsure, I do know that no matter how good a dancer a guy was, if he cried floods and bit his lip every time he finished a dance or someone said a kind word it would be a cold day in hell before he got my vote.


When is a war not a war, when you 'fight' as an IRA terrorist, simple. They banged on for years about their war against the British and murdered at will, but when one of them was shot in the 'war' it was an outrage and a scandal, he wasn't a soldier after all, he was an innocent civilian. And after we surrendered with the Good Friday agreement and gave them all a get out of jail card how were we repaid, by endless legal action to put British soldiers behind bars for doing their job. This latest disgusting farce is led by Barry McGrory a man who secured amnesty for hundreds of terror suspects and is a friend of Gerry Adams and Martin McGuinness. Just tell them no, stuff human rights and legal niceties, the government for whom these men fought should simply do what is right.

Are you all following that well know football, sorry, political pundit Gary Lineker and his views on the price of crisps and Brexit. I have had to shelve another of my programme choices due to BBC and Luvvie bias, Have I Got News For You is out. They gave old Nige a hard time years ago whenever he came on the programme and he faced them down and came out of it well, but ever since the referendum not a programme goes by than they stick the boot into the decision to leave and the people who voted for it. Am I missing something, did every single Labour and Lib Dem MP along with everyone in the Luvvie business want to stay in, wasn't there even one of them with an independent mind who thought out would be a good thing, what's the odds?


Muslims Like Us, the new BBC show, watched it, no neither have I and do not intend to. They could have put on Methodists Like Us or Seventh Day Adventists Like Us and I still would not watch it, I am not interested in something which has no bearing on me whatsoever and stop trying to persuade me Moslems are just like me, and I have it all wrong.


Now you know that whoever has governed the country over the last several decades have bought into the windmill and sustainable energy thing and closed down perfectly good power stations or not commissioned new ones because it would upset the eco-warriors and subsequently their votes, or so they think. Well the energy watchdog has now said that in the future one household may be plugging in their electric car and have all their Christmas lights annoying the neighbours while across the street another family are huddled around one bar of their electric fire. Why would this be happening, because family A have paid more on their bill to ensure they have plenty of electric juice while family B have not, needing their meagre wages for food and water. Start saving your pennies now folks. 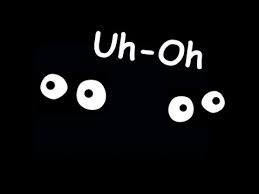 A young lady came up to the Post Office counter during the week and after I had posted her parcel she asked for a second class stamp, asked me if it would get wherever quickly, she then winked at me! I recovered and told her no amount of winking would get it there any quicker. I counted out her change told her she had got a discount and, yes, winked back. Now here is one several of you will like but not believe. I got in yesterday morning to find an old lady waiting at the door, this has never happened on a Saturday morning, so I opened up and served her, she then said that it was a pleasure to come to my office and that I was always cheerful, kind, patient and never looked a day older. My first thought was that in her dotage she had come to the wrong office, apart from the day older bit. I thanked her and thought how nice was that, someone had seen through my grumpy facade at last.

No.2 son Stewart is fighting in a boxing match tonight, I won't be there but my thoughts will be with him although I think he is mad. He is doing it for two reasons, to get fit and to raise money for a cancer charity for personal reasons. We have already wished him well along with many others but I thought I would mention it anyway. Ducking and diving son, dancing and weaving.

Posted by George Anderson at 11:09