It is grey and murky this morning unlike the last beautiful ten days or so, what a treat we have had, I even went walking twice, not an expedition you understand simply an hour or so up the road to the next village and back again, stopping to talk to other people with not a lot to do except enjoy a lovely day. It is late but still nothing much is stirring, the odd car and one mad jogger. There are large damp patches in front of the shop and my gate as I had chores to do this morning before settling down for the day, that one involved scrubbing the pavement and path as the work on the new wood burning stove and fireplace is now complete. Now as much as John and his wife (they live about four doors up) cleaned the place on completion there were still a few jobs for yours truly, there always is.

John has done a splendid job however I won't show you a picture just yet as we still have several other jobs to be completed before we can at last settle down, poor but warm in our new living room and kitchen.

I can't remember what I was looking at yesterday but I ended up reading an article on larders and cupboards and how wonderful they were and how you could store so much in them when I had a thought, all that stuff in a new kitchen is in its own pantries and larders, albeit they are smaller and hang on the wall or are under the worktop, so why are people getting so worked up about some shelves which hold jars? We have just over a week to go before committing ourselves to the new kitchen.

I have already mentioned my son is returning to the UK with his family, his wife and daughter are already here, my son has been married to his Tanzanian wife now for I think at least five years, I can just here the missus now, it's six years man, six! Whatever it is she is married to a British citizen and her daughter is British, but Joyce can only have a visitors visa for six months, she wants to get a job here so she needs a more permanent visa, well just apply I hear you say. No, that's fine if you come here under a lorry or throw your passport away on touching British soil, or claim you are on an ISIS/IS/ISA/Al Quada (delete where applicable) hit list, if you are legally married to a British person and are resident in the UK, you have to go back to Tanzania and apply through an outsourced department of bureaucratic robots and wait perhaps anywhere from four to eight weeks before you get one, if indeed you get one. My son cannot obviously put his life on hold while this is done, so it would seem some long range babysitting is looming for Granny and Papa. 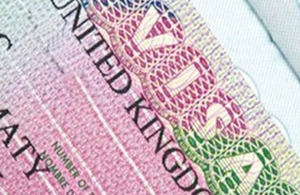 It would seem that John Lennon, St. John of Liverpool, has been outed in a new book as not being  perhaps the nicest person you would want to invite over for dinner, now if people had listened to me all those years ago we could have been spared this. I never liked him and I am not keen on St. Paul either, although I have it on good authority that he does do an awfully good concert, anyone who got up to the stupid, ridiculous stunts he and the Japanese imp got up to deserved to be locked up not looked up to. Why does no one ever burst these peoples bubble and simply tell them they are thick, how can anyone drink cocktails with a man dressed as Little Bo Peep without telling him what a prat he looks and walking away rather sharpish. It is never a surprise to me when the media claim with faux astonishment that such and such a celeb is not what they seem, and it shouldn't be to them, the Gallaghers, Naomi Campbell, Elton John to name but a few, euch!

Talking about s*^t people, my brother has just been made redundant from the rigs after working on them for forty years, eleven of the past years for the same firm, what made matters worse was that he was graded fourth of four radio operators on that particular rig by the manager, who, believe it or not is rumoured to be having relations with the radio operator who came number one. Number one is a woman who has a yachting radio licence which you too can get if you spend two days at a college doing the course, she should by law have at least a GMDSS General Operators Certificate, which both my brother and I have as do all competent operators men and women who are not sleeping with their bosses. Why am I bitter about this, because it almost happened to me when I was offshore, between him and I we have handled communications during fires, gas leaks, suicides, men overboard and controlled searches by numerous vessels and helicopters and in his case organised the abandonment of the entire platform, I may also add the Royal Navy were happy with our performances as well. I hope with all my heart something comes back to bite that bossman in the arse for not only destroying someone's life but kicking him while he was down as well.

I have a little list of all the things I want to bring up in the View, but as I look down it they will have to wait until next week, I think I have depressed you enough so I will leave you with a bit of a laugh, no wait.

Barak Obama, not a big fan, but then I am ignorant of US politics, I watched his speech after the Oregon shooting and I was impressed, it was one of the most dignified pieces by a politician I have ever heard, well done sir.