I had taken the monumental decision to leave the North Sea behind after twenty years of providing fuel for the country, after nearly twelve defending it, to live out the rest of my days serving the community...screeeeech. This is that bit in the movies where the dream sequence abruptly comes to an end.

Having arrived in England and somewhat settled into the Post Office and shop it was time to look around for some wargaming, as well as a choice of clubs I was expecting myriad wargame shows on my doorstep, most things that happen in the UK normally happen south of the border, little did I realise that that 'border' went as far south as the outskirts of London. The only club within shooting distance was nearby Lancaster and that was held on a Tuesday night in an old house on the edge of a nice park but next to what you and I would term 'bandit country', the kind of estate that you enter with your car and exit with nothing but a steering wheel. Anyway I went along for a few weeks before, guess what, the council shut it down, the club was then moved to Lancaster Grammar School as one of the founders was a teacher there and used his influence. I only managed a couple of nights as the strain of earning a crust running my own business and getting up at 0500 hrs in the morning to get newspapers ready was not conducive to happy wargaming. I was also used to having up to eight hours gaming at a leisurely pace complete with wine/beer/sandwiches and then a trip to the pub, not get there at seven, start at eight, finish for ten, I therefore left to concentrate on building my financial empire.

After a few years I felt confident enough to advertise for locals who might be interested in wargames, I put up some beautiful posters in the shop and waited, and waited, and waited. I eventually managed to get two people to try wargaming, it just didn't suit them and quickly I was on my own again. At this time I found Wings of War a WWI aerial combat game and something completely new to me, a card driven game which was immense fun and for which you could buy little airplanes, I bought 50+ (and re-painted every one of them) when the most you could handle in a game was about four, I was falling into a dangerous habit. 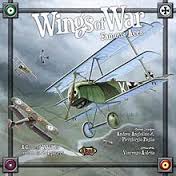 I did manage to get my hands on a load of Wars of the Roses figures cheaply and decided to build up an army for the period, my son got interested and said he would do the Lancastrians, I of course am a Richard III fan and took the Yorkists. Real life intervened and Stewart had to give up, but he had painted about six contingents which I added to my troops to give a very large army or two smaller ones. The only gaming I was getting at this time depended on a visit from Billy in Scotland or my son coming over from Darlington once in a blue moon.

I went on all sorts of forums and wargaming sites to see if I could entice someone to come and play and generally had no success at all, there must have been wargamers in the surrounding area and I began to wonder if I should be less needy in my posts and maybe I should not put a picture in them. I eventually found Glynn from Southport who was asking for a game of Wars of the Roses and I offered to put on a trial game for him, he duly made the almost two hour journey and thankfully he was not a wierdo, enjoyed the game and after that we tried to meet at least once a month.

On one occasion he brought along some Dark Age troops and they looked so good I thought I need some of them. Wargaming had come a long way since I started and painting styles along with the figures and games available had dragged the hobby into the 20th C and we were spoiled for choice. I wanted to get up to date, and right at that moment along came Dux Britanniarum a Dark Age skirmish game, I jumped in with two feet, I was beginning to do this with frighting regularity. I changed my painting style, I tarted up my bases bought terrain and got a new table. I was still almost managing a game a month as Glynn had rebased some of his Saga Saxons for Dux B, then in a passing conversation I mentioned the new Old West skirmish game Dead Man's Hand. I was off again, figures, terrain, mats and a full Wild West town with around twenty buildings when in actual fact you only need about six, I called it Carefree, Arizona, where the only thing that flies is bullets! Come on, that's pretty good. I think Glynn and I only ever had one game. 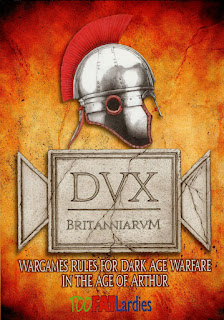 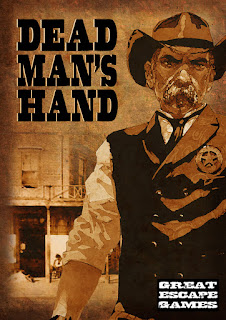 Sometime later while at my sons we went to a show in Middlesborough, he decided to buy X-Wing and again I saw the cute little starships and despite being the worst pilot in the galaxy bought a shed full of stuff for the game, I have at last managed to go cold turkey with this game, although I still feel the need for a fix every time a new 'wave' appears. 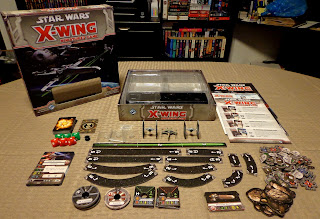 So, almost no opponents and I start four new periods, I had sold all my medieval armies but still hankered after my first love of big games so I decided to expand my Dux B forces into armies, I looked at several new rules and settled on War & Conquest and began to once again buy hundreds of new troops as I needed two armies. My games were now down to one every three months or so if I was lucky. 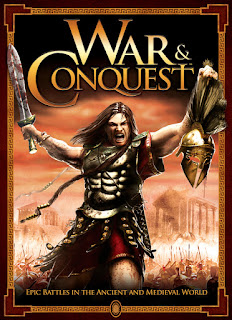 Things were now getting desperate, I bought Zombicide as you could play the game solo and was surprised at how good it was and duly impressed with the quality of the playing pieces. I decided to try once more to get someone local interested, with Glynn I arranged that we would put on a display of the battle of Bosworth as Richard III was flavour of the month due to the finding of his body in a car park. I put up posters saying we were re-fighting the battle in the Post Office on Saturday the whatever at 1400 hrs. I duly set up the terrain and put as many figures as I had out only to get a text that Glynn could not make it, in an emergency I phoned Stewart but he couldn't come through at short notice, I couldn't cancel as I was expecting crowds at the door. I opened up at two and no crowd, not even a passer by, I thought of playing the game solo but gave up on that so I settled down and waited, no one would want to be first I thought, two hours later I shut the door having seen not one living soul, my wife comforted me with her kind words "I told you no one would come and to close hours ago."

I teetered on the brink of putting the white flag up and finishing with the hobby which had been a huge part of my life as I slumped alone in my favourite chair in the dark, empty wine bottles rattling at my feet.

Posted by George Anderson at 11:12