The Gods are playing with us, the School Sports was a miserable, wet disaster yesterday, it rained almost continually all day, there was one lorry in the walk through the village, it could hardly be called a parade, today it is a beautiful morning with lovely azure skies, puffy white clouds and I can see all the way to the horrible windmills halfway to Yorkshire. We passed the celebrations stuffed into the pub car park and around the swing park, it looked like a hastily thrown together refugee camp rather than a sporting event for the kids, all sodden by the incessant rain. Apathy of course is the big killer for events like this, there are hundreds of kids at the local school but many of the people who make the effort to organise the 'School' sports are not parents. The wash out this year will not help things for next year, a real shame.

While I am on the subject of rain I am reminded once again, as if I need reminding, that in general I hate people, don't worry, if the end comes there will be some room on the Ark for those who make the grade, let's just say it won't need to be as big as Noah's. We visited my son last Sunday at his new home, he had been there for two days, it looked nice, had a lovely garden, was in a well looked after neighbourhood and everyone was excited and making plans. We had a few beers and a glass of wine and life was good. The next evening he phoned and told me there was water pouring down the dining room wall as once again the rain had come, there was no way to simply put a bucket under it so a relay of towels had to be used. The culprit was the small extension roof, a roof he had specifically asked the previous owners if it leaked, no he was confidently told.


Now we find out that of course the solicitors have washed their hands of the matter with the less than helpful advice that it wouldn't be worth seeking justice or money back as it was his word against theirs. Of course his main thought after moving in was to poke a hole in the roof and seek redress before fixing on the colour of the new carpets. Then you have the money thrown at the surveyor, the person supposed to find out what's wrong, remember the bit they all get you to sign saying it is not their fault or clause 34.3.5.1.4a. I detest giving these bloodsucking leeches money for putting a picture on a website, or checking the whole house in five minutes or doing a search which has been done countless times before for the same information. All these so called professionals bring to the house buying experience is abject misery and mountains of stress.

I have a mate who was organising with great enthusiasm a wargame weekend for people to enjoy a social occasion and play games, he went to great lengths to recruit people to make an effort to come along kicking and screaming to have some fun. In the end despite the small numbers he didn't want to let them down and was just about, at great expense to himself, to sign on the dotted line when within a few hours the other day four cancelled on him. Why bother to put your name down if you have no intention of going, pulling out at the last minute is easy but leaves someone either hopping mad, out of pocket or both. People.

The wife tried to clean our new oven last week, it is a 'smart' oven, you cannot simply pick up a bottle of Cif and a cloth and set too with elbow grease, oh no, this oven needs to be programmed, locked down and left to heat up to something akin to Vesuvius on a good day as it incinerates every piece of dirt inside and after two hours when it returns to normal you can eventually open the door and marvel. Well, you could if it worked, after two hours you could have kept ice cream inside it. We bought Neff because we swallowed the blurb, so far we have had two visits to sort the touch screen on Oven 2 and now we find that Oven 1 needs a software upgrade before it will clean itself, it's an oven for heavens sake not a computer, well it is I suppose, so we await Oven 2.0. Progress.

And while we are on technology it seems that cyclists looking for that all important big win for sponsorship and fame do not need to rely on drugs alone, they can put engines in their bikes, yes engines. Someone has invented an engine so small it can fit in a bike frame and enhance the performance of an athlete, and the astonishing thing is that the authorities know and have known about this for a long time. I read that coming on top of the Lance Armstrong and other scandals in the world of top class racing they do not want another scandal so quietly ignore the engines, perhaps they can do this as they reputedly cost upwards of £2 million. In sport of all kinds these days it seems you cannot get to the top without cheating in some way.


Volvo have said, if I read it right, that they will not build petrol driven cars in two years time, so if you have shares in Volvo my tip is to get rid of them now. 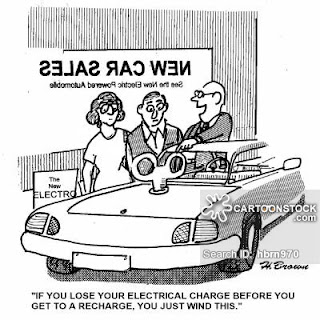 And here is a another quick one, you may have read in the media and watched on the news the item that a British man has just given birth, no, that didn't happen. And neither did the other 26 'men' around the world.

I'll leave you with another jab at sport, it caught my eye last week that the boxer Conor McGregor and Floyd Mayweather have a fight coming up and last week we got the now deriguer performance where they both try to unsettle each other in front of the cameras. This pantomime is like filming two kids trying to outscore each other with insults in the playground and it just looks stupid when two grown men do it (watch them shake hands at the end of the fight). Mayweather looked more like a rap star than a boxer while the disgusting McGregor wore a striped suit where, if you looked close enough, the stripes were made of the words 'F*%k You'. Classy.


As you can tell, my karma is slightly out of kilter this week.
Posted by George Anderson at 09:35