I hope the rest of you are enjoying summer, we are getting the odd few hours here and there, as I look out this morning it is grey, misty and promising rain, by noon the heat could be driving people into the shade and then by tea time you will be looking for the cardi and thinking of putting the heating on. The village Sports Day was looking decidedly dodgy this year as it was in danger of having no committee willing to organise it, then the school complained that the sports field had been damaged last year, so put itself first before the community and withdrew permission to use the only really large, safe space in the village on which to hold it. However a new committee has been formed and the event is being squeezed into a small spot at the bottom of the village just big enough for the swing park. So out go all the floats, the classic cars, more than likely the differing village groups stalls while everything will be taking place barely a hundred yards from a busy main road. That's the spirit.

Every time I go out in the car here it is a learning curve, we have the usual non signalling bunch, the 'I can park anywhere if my lights are flashing' bunch and the very annoying, especially at crossroads and roundabouts 'no I'll hold these people back and you go first' bunch. I have recently noticed a new species the 'just let me off here' bunch, now these people want dropped off right at the shop, dentist, bookies, wherever, usually right where the road is the busiest, they then struggle to get out of the car then have to lean back in to get their bag then again to confirm 'sausage roll or pastie?' This normally happens on a red light and then continues through the green light until the red comes up again, just letting the driver get away while you are again stuck. And no, the new fines trumpeted in the press have not stopped the mobile phone driver, I watched in horror as a truck outside the shop backed into a small space, right next to my wall, hence my interest, while the driver had one hand on the wheel and blabbing away into his phone on the other, even my glare did not faze him.

When I worked offshore I was never far from a training course urgently needed to improve myself or teach me the error of my ways or give me the 'tools' to be a better worker drone. The only thing I got out of 90% of them was a large dollop of expenses, a fellow worker once brought a meeting to a halt when asked what he wanted from the course replied, "a new living room carpet." Last week I found out that a scaffolder I worked with, a lovely bloke called Eddie McCullough now has several million pounds in the bank having sold his training company, I looked him up. Sure enough Eddie was the high heed yin at Optimus, 7th Engineering, he even had a video on YouTube, I watched the video and here are some of the gems from Optimus, 'values are important as a methodology' ' if you can get trust from the workforce magic can happen' and this beauty 'pull into the side of the road, are we on the right road, or do we need a different road.' Now anyone who can earn millions from this stuff deserves it but all of it to me is a modern version of the Emperor's new clothes, I worked with people who had been through and swallowed all that nonsense and I wouldn't let them run a village stall but they were running billion pound oil platforms. I watched the whole video and I am still no further forward to what his company actually did. But then again I am not sitting with millions in the bank.


I have an HP printer/scanner and I use the scanner quite a bit when mapping, the default for it is .pdf so as I work with .jpg's I have to make a huge effort to change this, OK two finger presses but you get my drift. I emailed HP to find out how to set the default as I could not find the settings. The upshot was that I had to continue to use my finger as there was no way to change the default. Imagine my surprise when I got an email from HP congratulating me on getting a reply to my post and honouring me with a badge! Shortly after I was given the rank of Student, I was going places at last, up yours Eddie McCullough, but my rewards kept coming, in another few seconds I had leapt to Honor Student. I was beginning to think I could go all the way to the top, CEO perhaps if I just sat and posted all night. I would have been far more happier if they just allowed me to set .jpg as the default. 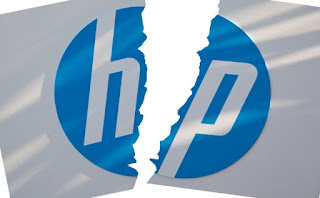 Can someone please tell me why Gay people have to be constantly informing the rest of us that they are Proud and hold parades (at public expense mind) in case we didn't quite get it the first time. I heard an advert on CH4 last night where a policeman proclaimed how proud he was, so what, big deal. What's next, proud to be a sado-masochist day, proud to be turned on by long nails day or could you imagine the furore if we had a proud to be heterosexual day, apart from large cities I would lay money you won't find many Gay marches in the rest of the country. Cut it out and give us a break.


On the same lines I see we now have a Black History course at a British university, another little niche and another vocal group, and another skill the country is crying out for.

Are you as upset as the rest of the nation that Bob Geldof is threatening to leave the country and hand back his knighthood as democracy doesn't work for him, the opportunist and agitator who always looks like he could do with a good bath to me, is not even British, he was born in Eire. So off you go and don't let the door hit you on the way out mate. 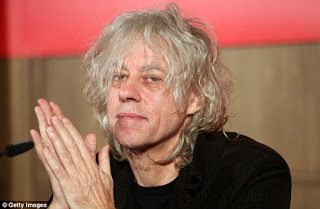 Posted by George Anderson at 09:42